This half term we are learning about all things London!

We started by learning about London today, looking at maps of the city and spotting some of the famous landmarks dotted along the River Thames. Whilst we were becoming more familiar with the city's buildings, we created some pieces of artwork depicting the modern day London skyline. First we used pastels to create the effect of a London sunset for our background. We blended several colours together to soften the overall effect. After that we used templates of famous buildings to draw around before cutting them out and arranging our skyline. Our finished results look fantastic in our classroom...

We spent some time trying to uncover the mystery of a strange set of objects which was found in London. We know that it dates back to the time of the great fire which happened in London many years ago. The children had lots of questions and theories about the parcel and were very keen to share them with each other. Inside the parcel we found an old bottle, a piece of burnt wood, a beautiful feather, some bread rolls and...a piece of cheese! We decided to learn a bit more about London in the past and have travelled back to 1666 to learn about the great fire so that we might be able to unlock the mystery of our peculiar set of objects!

What a strange set of objects!
We had questions and theories.

We listened to the story of the Great Fire of London.

We were shocked to find out that this was a real event and that lots of people lost their homes in the fire. We were surprised to hear that St Paul's Cathedral was completely destroyed and that the cathedral we see today in London was built after the fire.

We found out that buildings at the time of the fire were built out of wood and materials that burned very easily. They were also tightly packed together in small, narrow streets.

Our timber houses from the time of the fire in 1666.

Debbie Green visited us . We learned about the meaning of advent and Christmas.

We learnt about the materials that builders used in the past. We found out that houses at the time of the great fire were constructed from timber (wood). Wattle and daub was then added to the timber frame. Strips of wood (wattle) were woven to create wall panels after which a clay mixture (daub) was spread all over it to create a smoother surface. 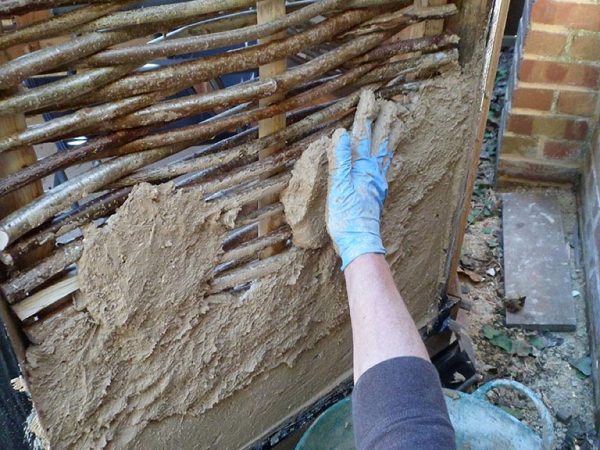 In class, we used lolly pop sticks to create a timber frame and then weaved art straws inside our frame to represent 'wattle'. We then used a sticky play dough mixture to represent the 'daub'. Take a look at our wattle and daub skills in the pictures below...

We learnt about how London was rebuilt after the great fire.

We found out about the new rules which the king brought in for building new buildings in London. We learnt that buildings were made from stronger materials, such as stone, streets were wider and buildings were no longer crammed in together.

We found out about Sir Christopher Wren who was the architect that designed the new St Paul's Cathedral. In art, we learnt how to sketch lines of different length and texture and drew St Paul's cathedral from a copy of one of Sir Christopher Wren's designs for St Paul's. We found it tricky sketching at first, especially without a ruler! However, we thought about our learning power pal Penny the Penguin and remembered how to be resilient with some excellent results...

This week we have been designing and making fire engines!

First we drew designs for each side of our fire engine. Then we decided on a list of things that we were all going to include on our model to make it look like a fire engine. After that we got started with constructing the main body of our fire engine and painted them red. Finally, we added lots of details to the body before adding axles and wheels. We were very proud of our finished models!

Constructing our boxes.
We worked as a team like our learning pal Bert Bee
Painting our engines.
Adding the details.
We came up with our own designs.

Reporting about the Great Fire of London

In Literacy, we imagined that we were newspaper reporters writing articles about the great fire. We began by pretending to be reporters asking witnesses for their experiences of the fire. Then we jotted down what the witnesses said so that we could use them in our newspaper reports.