We began the term with a week devoted to poetry which got off to a flying start with a visit from 'Poet in the Peaks' Andy Tooze. Andy met all of the children and shared his passion for writing and performing poetry before running workshops for all of the year groups in school. The children in Key Stage 1 wrote animal poems with Andy during their workshop. He chose two children from each class to perform their poems to the whole school in assembly at the end of the day. Well done Izzy and Spencer who both had their poems chosen and were brave enough to perform them to the school! 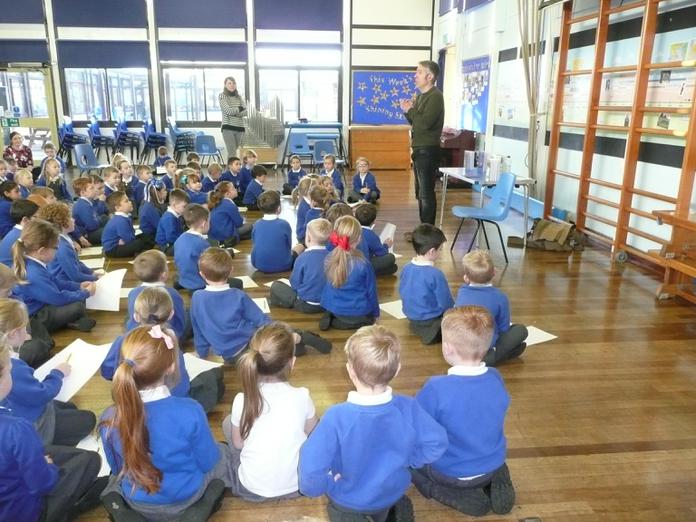 Everyone wrote their own animal poem. 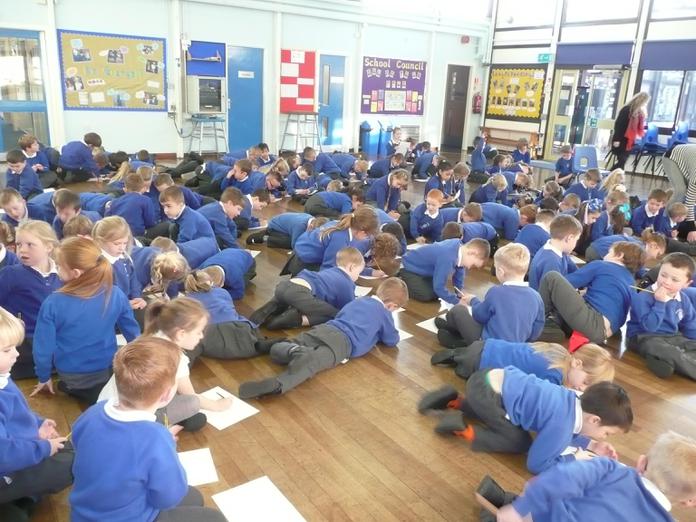 Lui read his out to everyone in Key Stage 1. 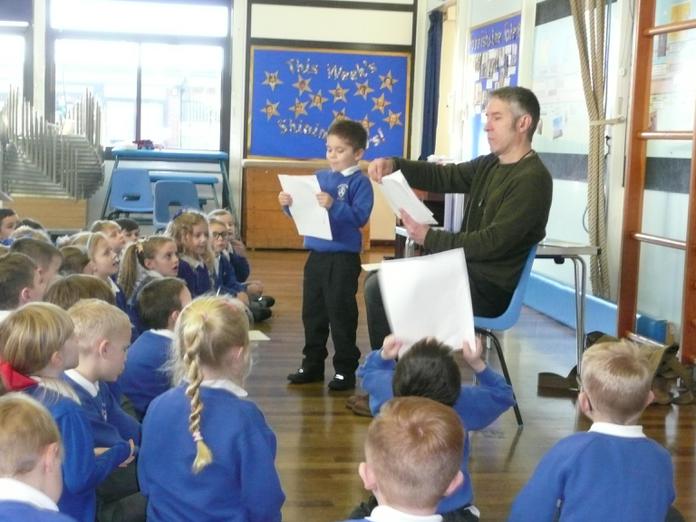 Izzy and Spencer's poems were chosen by Andy. 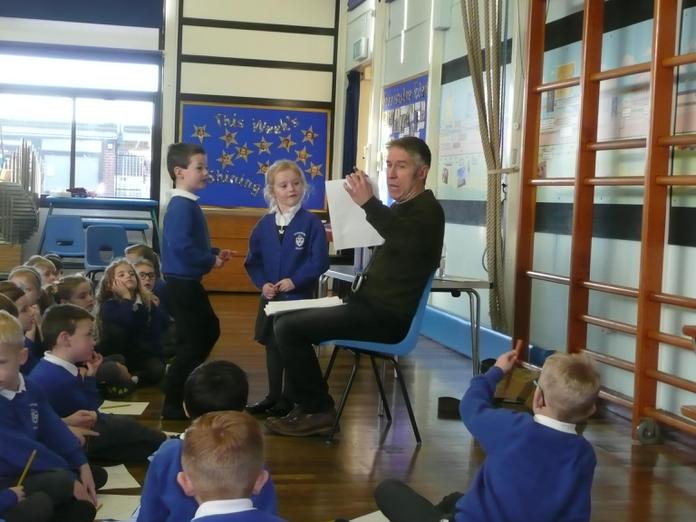 After Andy's visit we discovered a small tree growing in the school hall! Some of the older children in the school decided to look after the tree by reading it poems. By Wednesday we had a beautiful Poet-Tree!

We dressed up as cats... 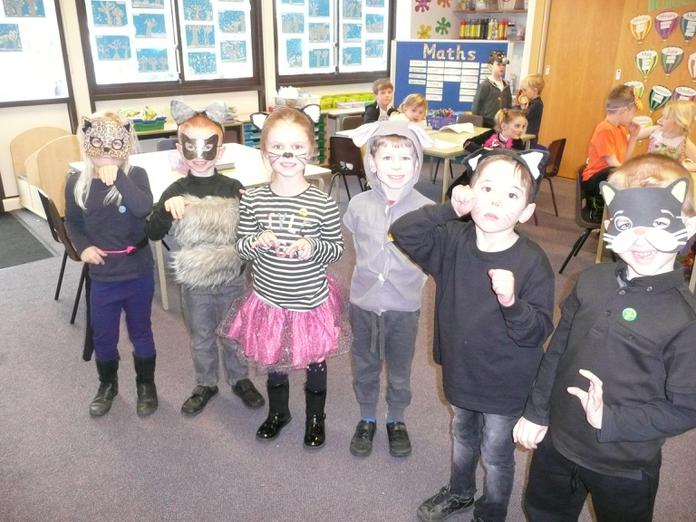 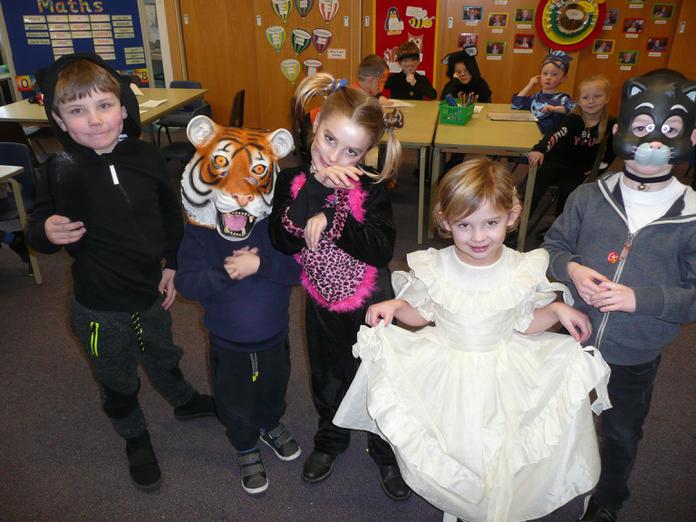 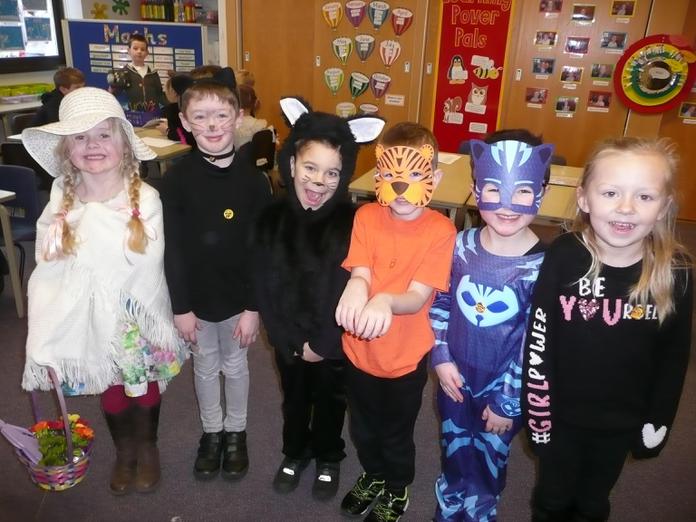 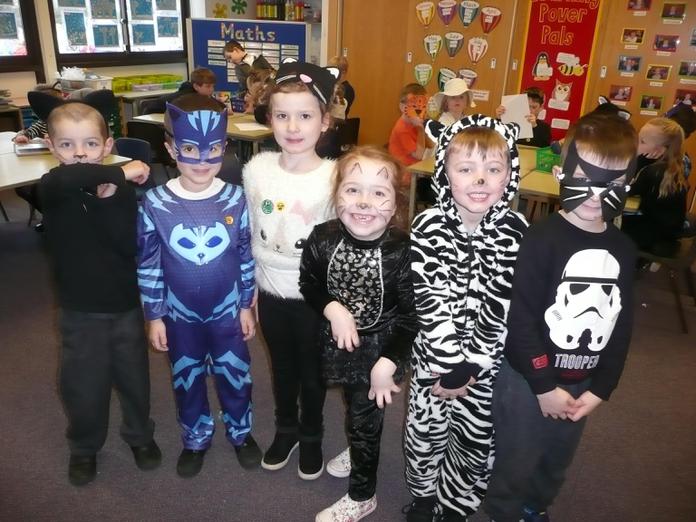 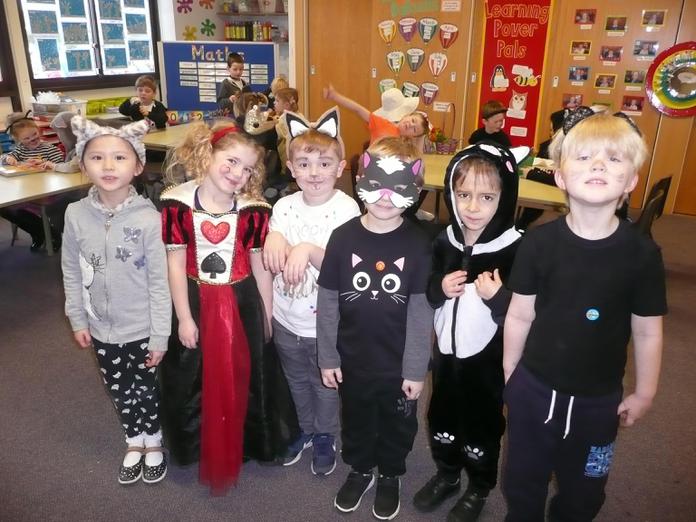 Every class was tasked with learning a poem from memory and performing it in assembly together at the end of the week. Year 1 learnt Ruth Brown's 'A Dark Dark Tale' from memory. 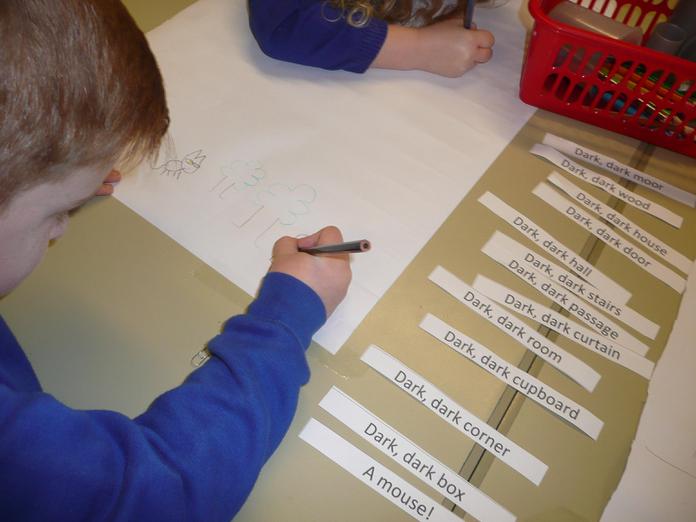 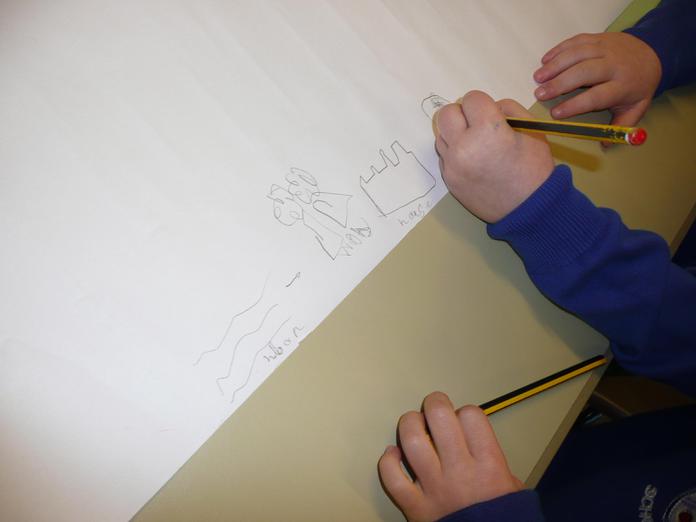 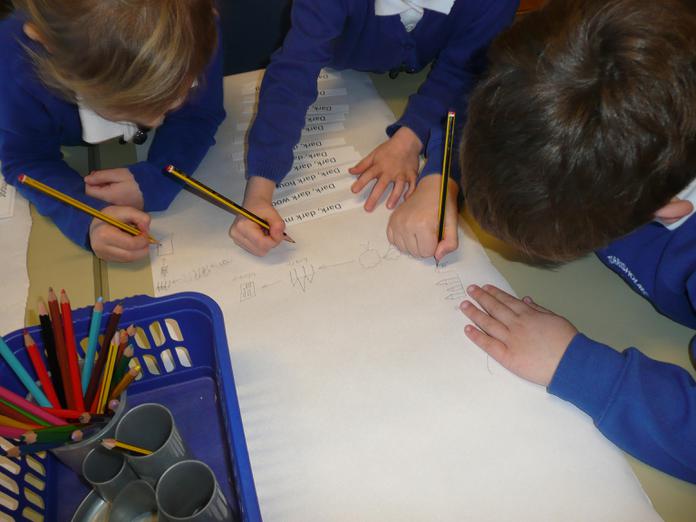 Year 2 perform their poems to Year 1 and Reception 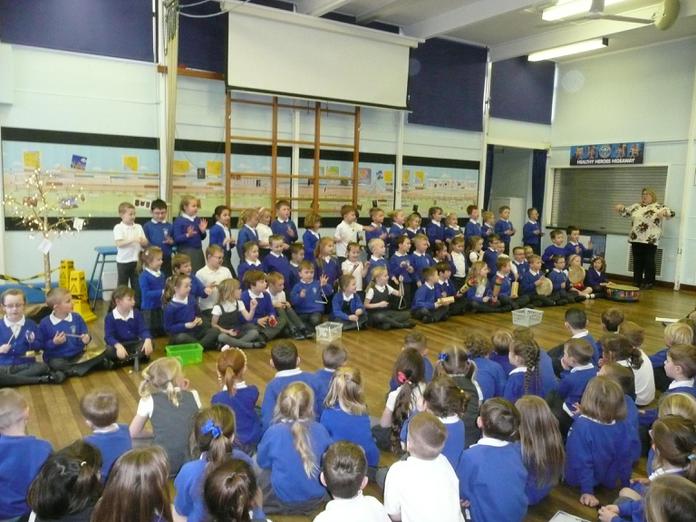 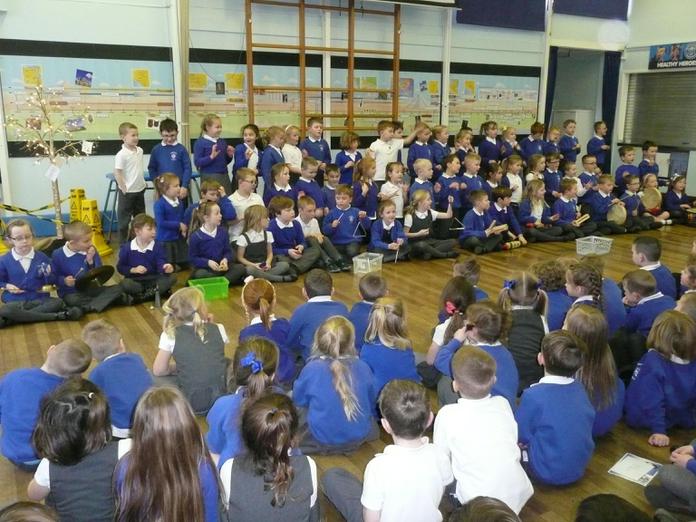 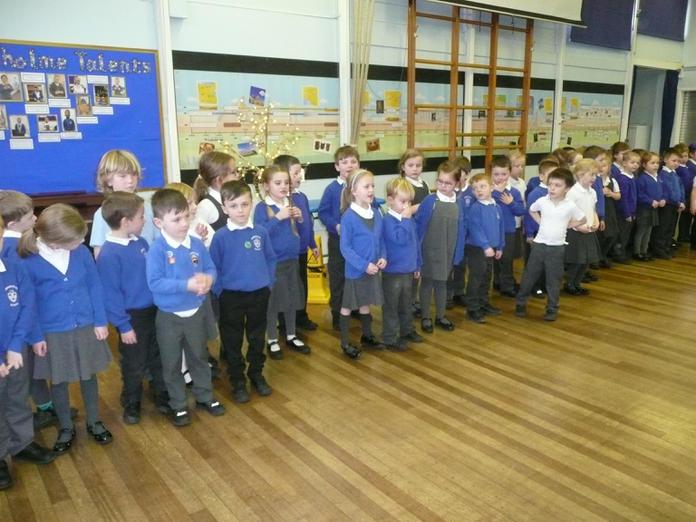 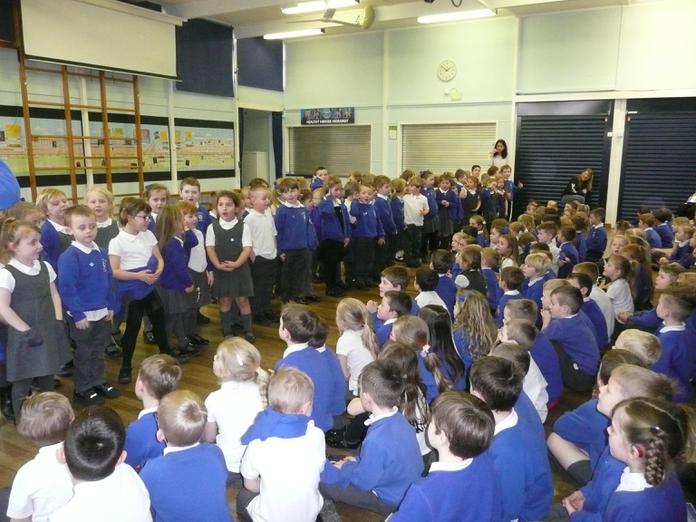 Sharing poems with our friends in 4M. 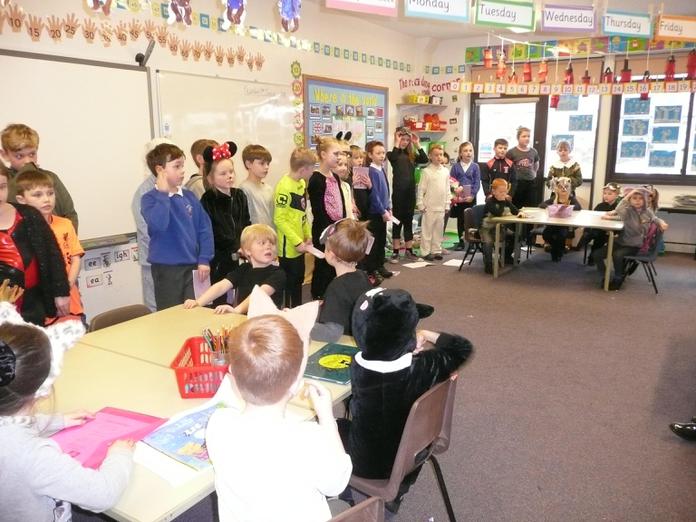 4M performed a poem for 1B. 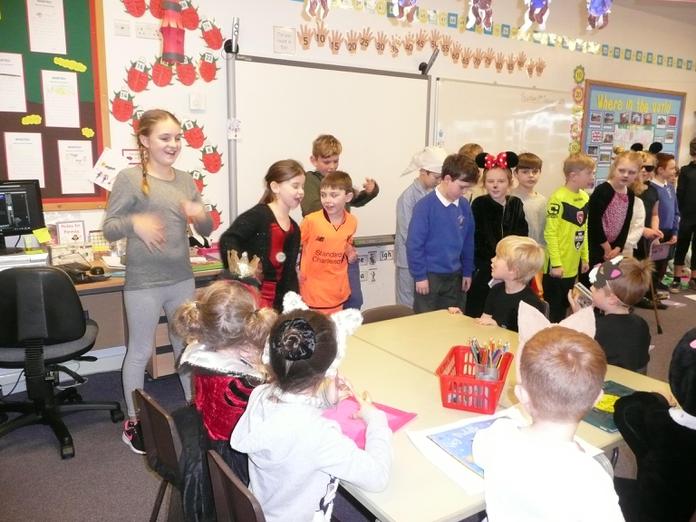 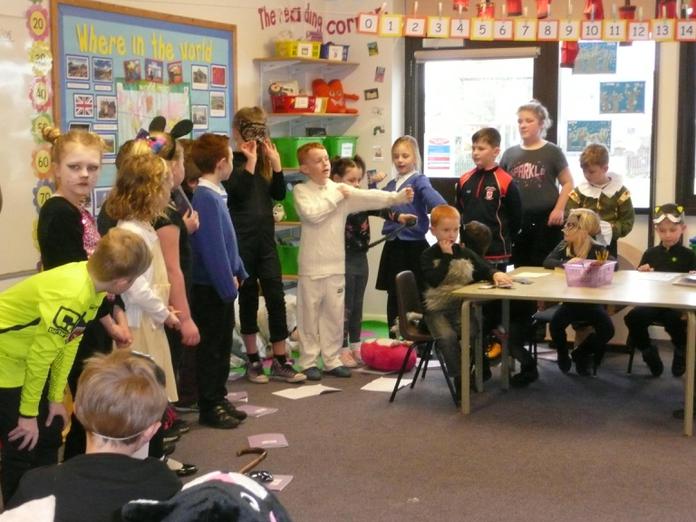 4M sharing poems they had written. 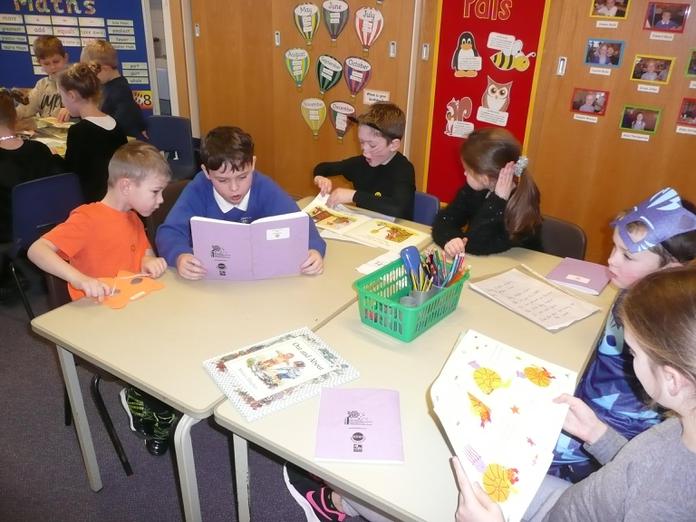 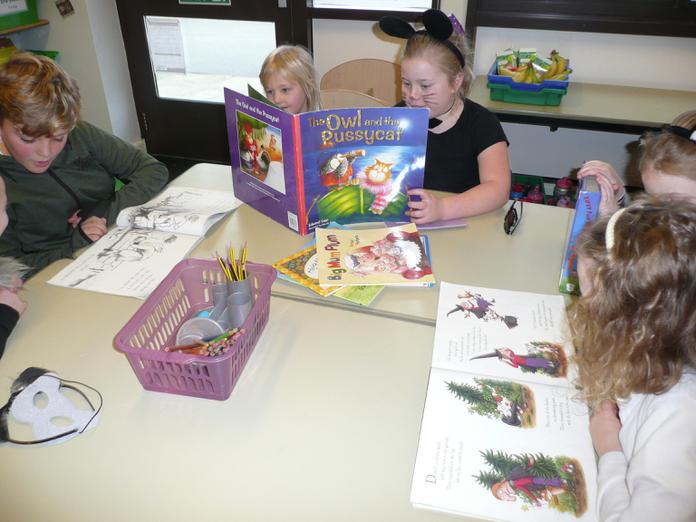 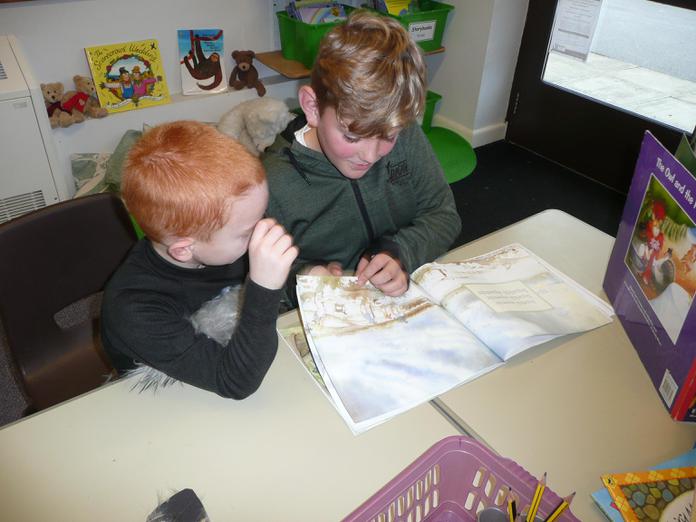 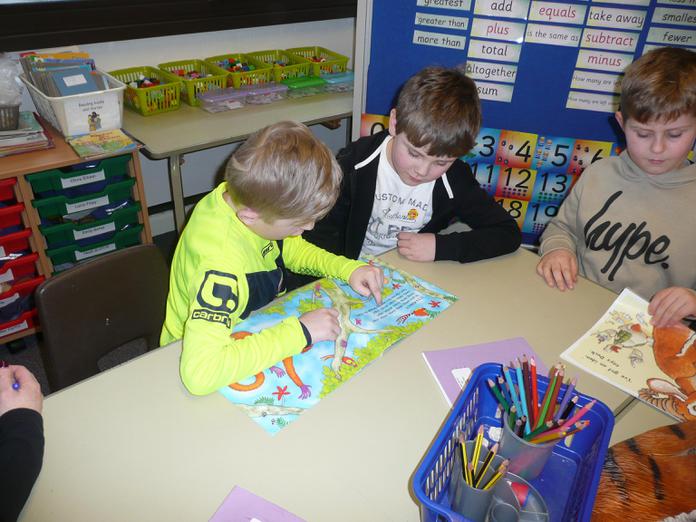 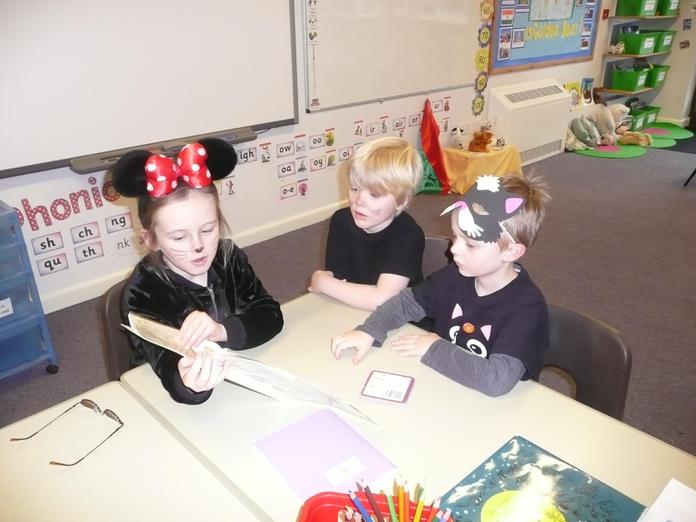